Joseph Hun-wei Lee, president of Macao University of Science and Technology (MUST), speaks during an interview with Xinhua in Macao, south China, Oct 4, 2022. (Xinhua/Cheong Kam Ka)

Joseph Hun-wei Lee, president of Macau University of Science and Technology, said the selection, held in Macau for the first time, is expected to inspire research in fundamental physics and education in related disciplines in the SAR. from Macau.

MACAO, Oct. 5 (Xinhua) — The selection of a payload specialist in China’s Macao Special Administrative Region (SAR) for the country’s manned space program is of great significance for the development of science. and related education in the SAR, said an education expert.

Joseph Hun-wei Lee, president of Macau University of Science and Technology (MUST), told Xinhua on Tuesday that the selection, held in Macau for the first time, is expected to inspire fundamental physics research and education in related disciplines in Macau. SAR, thereby laying a solid foundation for training the next generation of scientists.

“This decision will also inspire young people in Macau to redouble their efforts in the pursuit of knowledge and the exploration of science,” Lee said. “The effect is limitless.”

On Monday, the Macao SAR Civil Aviation Authority announced the selection program. Target candidates should be healthy Chinese nationals between the ages of 30 and 45, permanent residents of Macao SAR, who hold a doctorate and have been engaged for at least three years in the fields of research in medicine, biology, psychology , physics or chemistry. , mechanical or electrical engineering, astronomy or other disciplines. 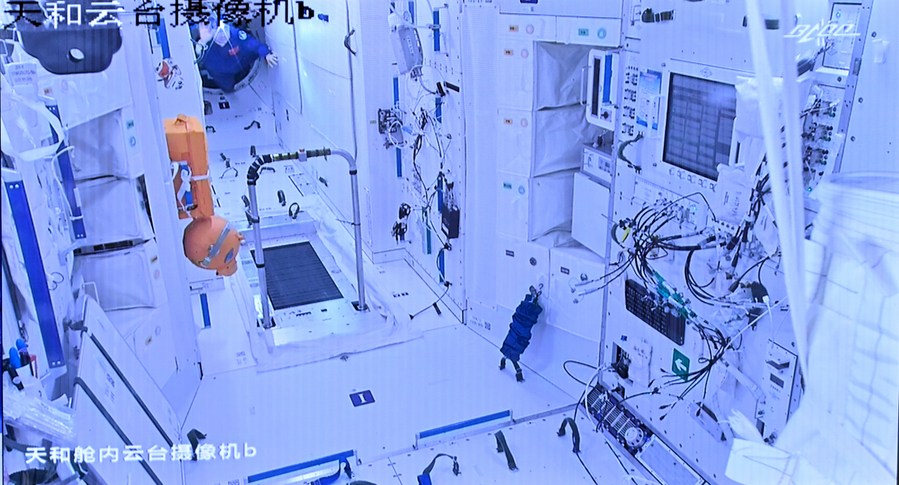 Hailing the selection as a historic opportunity for Macao, Lee said Macao should increase investment in science and research, further strengthen cooperation with the Chinese mainland in this regard, and better exploit Macao’s advantages in as an international platform to train more scientists and engineers.

“The development of space science and technology will lead to a lot of exciting scientific research,” Lee said, adding that MUST hopes to engage in interdisciplinary space research such as stem cell experiments, biological research on microgravity and materials research.

As early as 2005, MUST began to participate in data analysis and research of China’s lunar exploration program, and then carried out extensive cooperation with leading science and research institutes at the national level.

In 2018, the Ministry of Science and Technology approved the establishment of the State Key Laboratory of Lunar and Planetary Sciences within MUST. It was the first state key laboratory specializing in the field of astronomy and planetary science in China.

Lee encouraged young scientists in Macau to actively apply for the selection program. “Macao should take this opportunity to take its scientific and technological development to a higher level.” ■